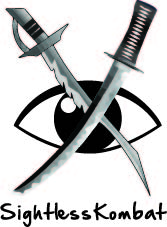 When creating content, it's important to have hardware that can be easily used without sight, even if sometimes said hardware requires some sighted assistance to set up initially.

When recording the majority of my YouTube commentary videos that are not part of livestream highlight reels, I have an Elgato HD60 Pro capture card.

for audio described videos that I put together mostly as part of the #TranscribingGames project, I use a Samson Q7 XLR microphone running through a Scarlet Solo USB interface.

When streaming, I also use an HD60 Pro capture card, along with an Antlion Modmic Uni (which you can read my accessibility review of here, usually running into my Go XLR (which needs sighted assistance to set up effectively) or Antlion's USB soundcard adaptor.

All the audio runs through the Go XLR, but is routed through differing channels, depending on whether my stream needs to hear it or not. For instance, I have my screen reader set to the music channel, while the monitor feeds for things like my intro/outro music and my game audio go to the "system" channel. I've done all of this re-routing manually and can, most of the time (save for PC games), adjust things live on stream without issue as well.

Finally, to make sure I can switch scenes with ease, I use an Elgato Stream Deck which, with sighted assistance, has proven invaluable in allowing me to smootly transition between intro, gameplay, break and outro scenes when needed.

On the software side, I use Open Broadcaster Software (OBS) Studio to stream and record videos, along with Windows Movie Maker to edit the content. Even though Movie Maker is a now long-depprecated piece of software, it's by far the most accessible video editor I've seen that doesn't have a steep learning curve as well

I know I haven't gone into what keyboard, speaker system and other elements make up my setups, but I hope the above may be interesting information to those who want to get started or look at accessibility on a hardware and software level from a content creation perspective.